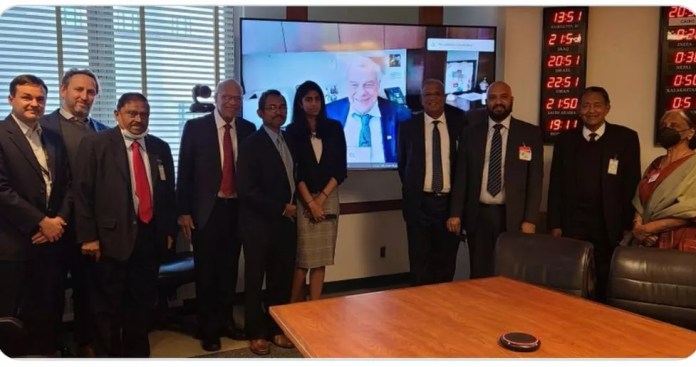 The Tamil national alliance spokesman and MP M. A. Sumanthiran delegation met with a delegation led by Lisa Peterson, Assistant Secretary of State for Democracy, Human Rights and Labor at the US State Department, and a delegation from the Office of Criminal Justice worldwide. These organizations published a message on their twitter (twitter) to portray the Tamil people as a minority group, marginalizing the Tamil national ethnic problem in Sri Lanka.

The panel of legal experts who claimed to have gone to speak for a political solution also shared the news on their Twitter page to approve it.

The new organization, the Tamil Diaspora Alliance (TAMIL DIASPORA ALLIANCE), has complained to the State Department that the Tamil people are being marginalized as a minority group and their political position is being undermined.

In this context, a meeting was held yesterday with the US Secretary of State Donald Lu at the Foreign Office for South and Central Asia. Following the meeting, they changed the name from ‘Minority Group’ to ‘Tamil People’ and posted the news on Twitter.

It states: “The US joins Sri Lankan Tamil people in search for lasting peace and full voice in deciding their country’s future”.

Following this, political activists have been praising the new youth leadership organization, the Tamil Diaspora Alliance. 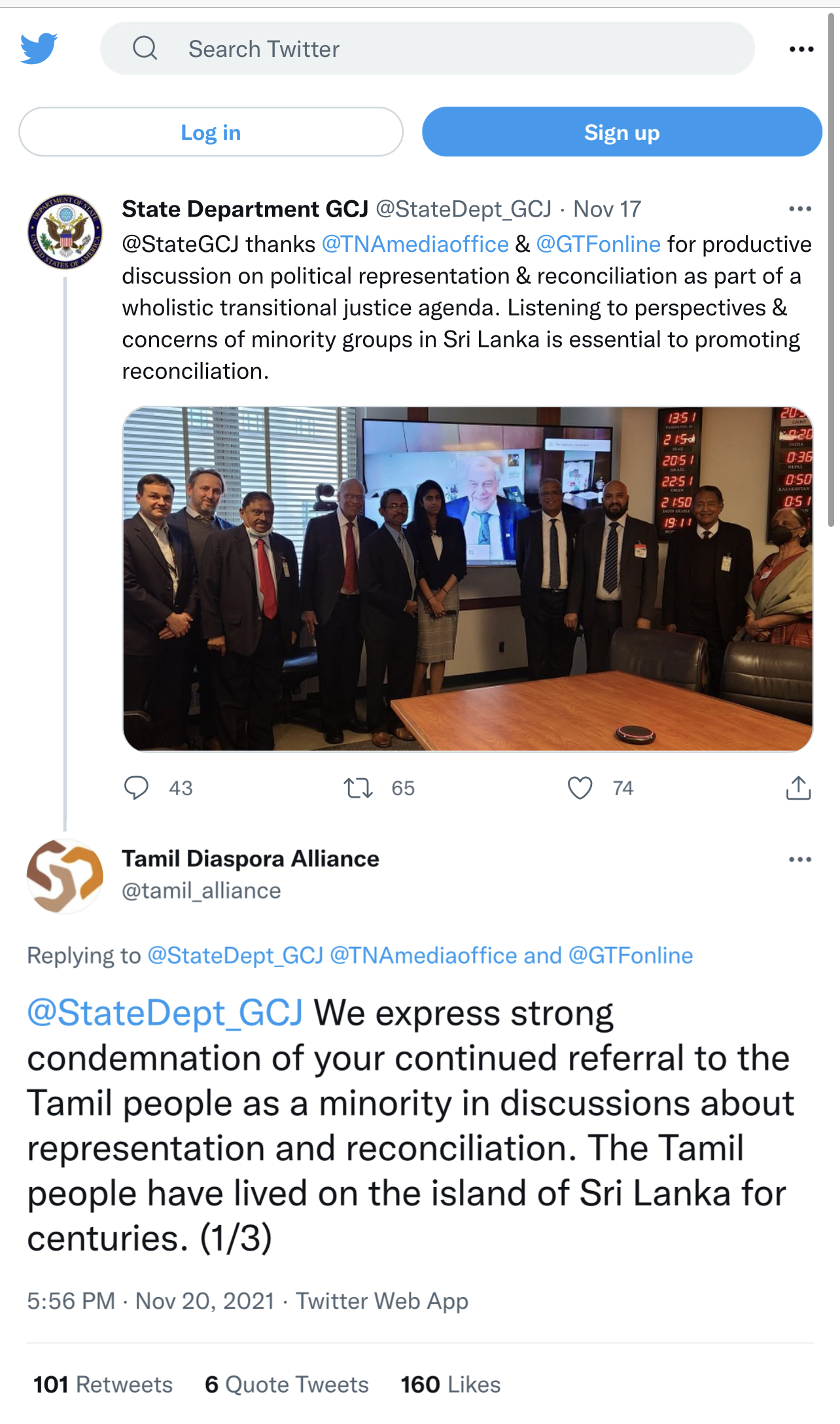